A bit of brain science to set the scene

Welcome to part 2 of a series of 5

This series takes you through the physics of stress, and how to prevent it. Start here – and dig deeper into each element.

Four parts of your brain influences how we cope with pressure

Hippocampus and Amygdala are two (or actually four) smaller areas in your brain, with a great deal of influence onto who we are, and how we cope with pressure, fear, and stress.

They are located deep in the brain and with one of each, in each side of the brain.

Hippocampus plays a role in

Amygdala plays a role in 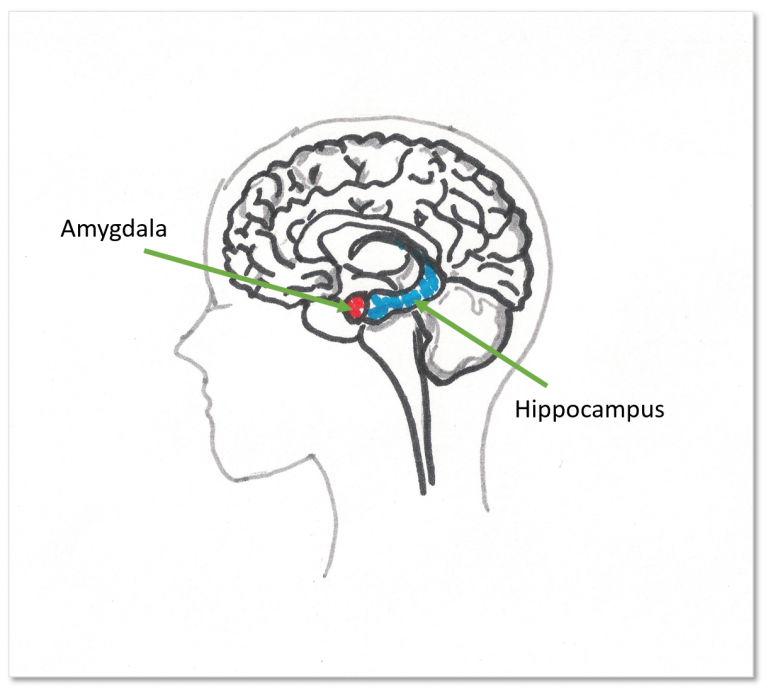 Hippocampus is by science said to have 3 major roles in the brain:

Memory: Hippocampus is where the consolidation of information from short-term memory to long-term memory takes place; meaning that is stores what you have just learned for later use.

Creative thinking. It plays an important role in our ability to be creative. Hippocampus can be described as the ‘relation database of the brain’, meaning that it contributes to maintenance and on-line processing of relational information – exactly what creativity can be defined as: “rapid generation, combination, and recombination of existing knowledge to create novel ideas and ways of thinking”.

And what if it fails?

The first part of the brain that gets damaged in an Alzheimers patient is hippocampus, and that gives a quite good picture of what happens if hippocampus gets damaged, or in other way inhibited. Symptoms are lack of short term memory, general memory loss, and disorientation. You can no longer remember the little things and what you just did, and eventually it will be difficult to recall what you used to know. Forget about learning new stuff, and at the same time that you loose creativity, you get lost, trying to go from a to b.

The amazing thing bout hippocampus is, that is is what scientists call plastic. It can develop new neurons and new connections, so it is able of restoring if damaged.

The hippocampus contains high levels of cortisol receptors. Why that’s important is described in part 4: cortisol

Hippocampus is part of the limbic system, and named after a seahorse because it apparently looks like one. We have two hippocampi, placed on each side of the brain, each should be responsible for different kinds of function, but they can overtake in case of one is damaged

Is basically responsible for preparing the body for escape or defense, via these:

Emotional reactions: Amygdala is where emotions such as anger, fear, sadness and anxiety have their root. It also plays a part in controlling and expressing aggression.

Memory/emotional learning: It is in the amygdalae memory and emotions are combined. Meaning if you experience something fearful, amygdala makes sure that you remember it, so that you can avoid it in the future.

Al in all, the amygdalae are responsible for a set of raw reactions, unfiltered for reason, ethical or political correctness. This filter is luckily applied elsewhere in the brain.

And what if it fails?

Obviously, if the amygdalae are over-reactive, all of the above gets magnified and overtakes the more rational reaction pattern. We get more intense reactions like increased aggressive behavior and panic attacks.

Defects in the amygdala is linked to the loss of emotions, lack of fear and depression. You get cold and numb.

Amygdala is like hippocampus, part of the limbic system. They have their name from looking like almonds. We have two, lying close to the hippocampus, in each side of the brain, and each side have distinctly different functions. Fun fact is, that the male amygdala is larger than the but also that females gets stronger memories for emotional events than men.

This series takes you through the physics of stress, and how to prevent it. 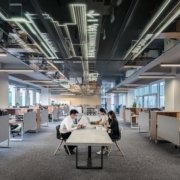 Want to know more?
Send me an email
and I’ll get back to you!

Send me a mail

Sign up
Inspired? Learn more about our approach and how we work!

Tool: How to create your organizations WHY