About time – The WorldBlu Summit // Part 2

At the WorldBlu summit last week we had the privilege to listen to some very inspirational speakers, many of them – and the overall concept of WorldBlu and the Power Question summit – is described in Erik’s blog post here.

Two of the speakers hit directly into my current theme of passion, namely how we are dealing with stress at the workplace: Henri Hypönnen, Co-Founder and Creative Director of Plus One Agency talking about the aspect of fear, and Carl Honoré, said to be the leading advocate of the Slow Movement, describing how going slow is actually faster and more productive than speeding up.

Fear is not a magic power

“Why we fear” is the title of Henri Hypönnens recent book on fear, and my primary takeaway from his talk was, that even if companies have used – and still are using – fear as a method to control and motivate their employees, it does not work.

Being afraid disconnects us from each other. The emotional and primitive fight/flight signals from Amygdala, boosts cortisol secretion that override both the hippocampus – center of short term memory and creativity, and the executive functions in the prefrontal cortex. As a result, fear reduces the available IQ and hence almost immediately reduces the productivity.

Most striking to me was the results from a test where teams was exposed to a simple type of performance management:

During the test, when completing the each sub-task, each individual was shown how they were rated against the other team members. Initially the team members had same average IQ, but at completion, the IQ of the lowest scored individuals dropped 17,4 point. The highest performing individuals ‘only’ dropped 8 points.

Surely you can discuss what IQ is and how relevant different types of IQ is in different situations and tasks, but if you have an average IQ and it drops 17,4 points, you are basically as clever as the most intelligent dog breed. Now go and be productive! 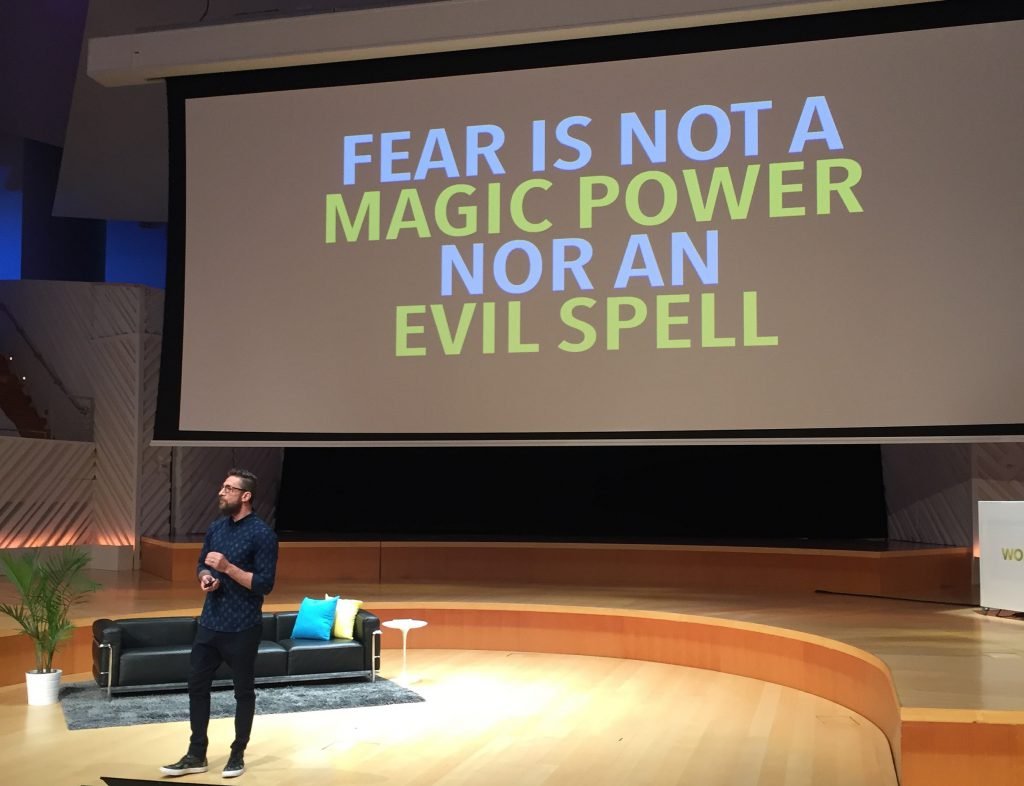 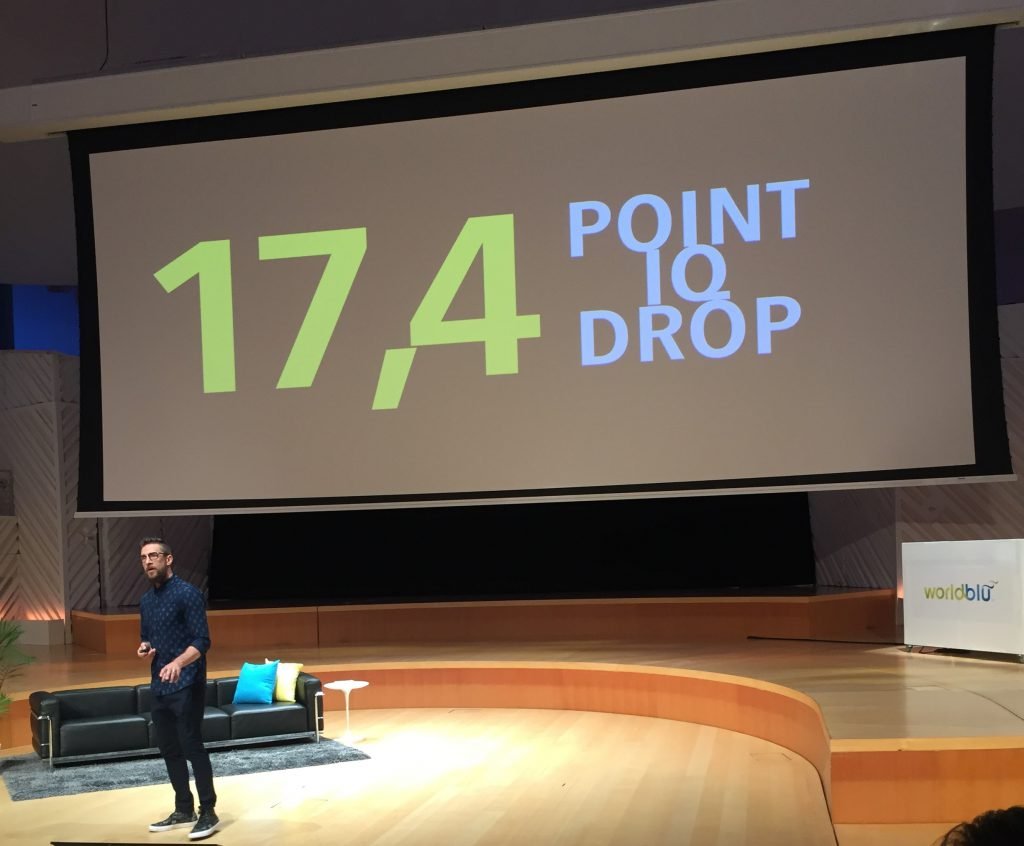 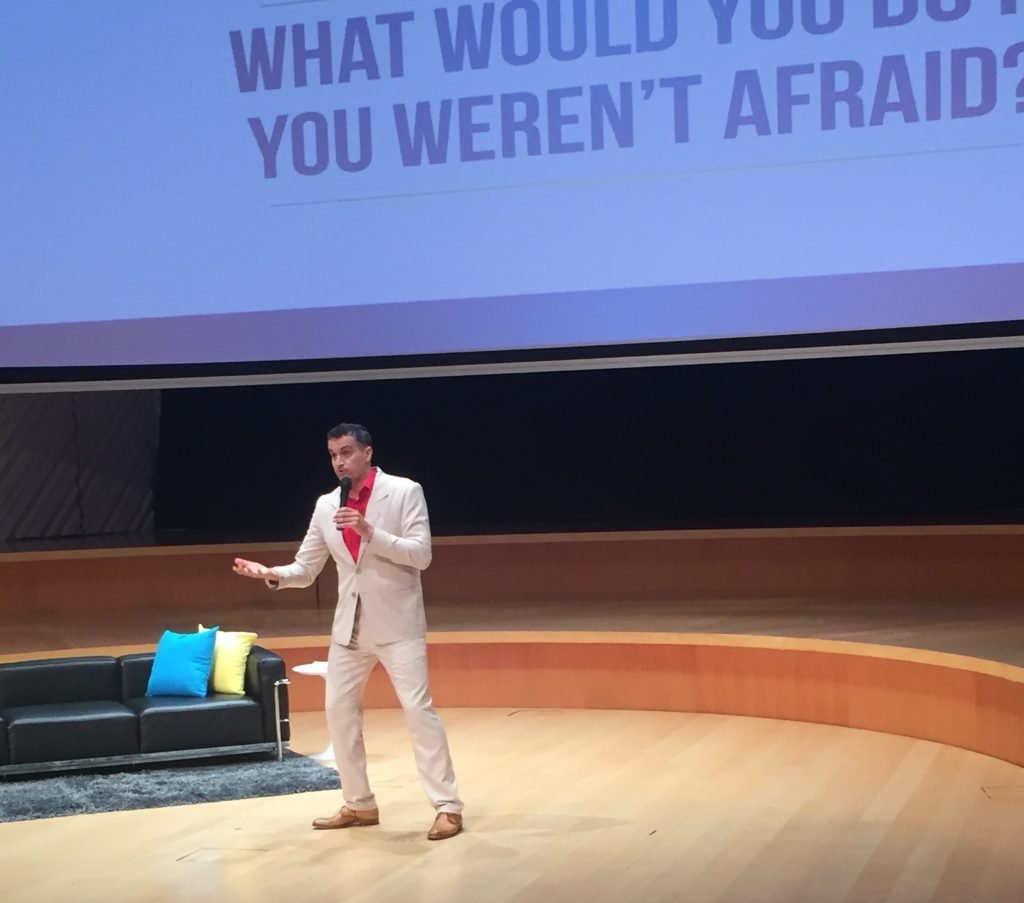 Modern life has become a race against the clock, stated Carl Honoré. Our culture sees time as a infinite resource: you either use it or loose it. This creates the feeling that every day is a race against a finish line that we never reach, and the day after it all starts over again. As a result, he claimed; we hurry through life instead of living it.

Does it sound familiar?

And then back to fear: We fear, that if we slow down we are “roadkill”, that get run over by all the ones going fast. We have a fear of being left alone and perceived as being lazy.

Yet, it turns out, that if you slow down at the right time, you end up being more productive and more efficient. Possibly due to the same effect with having fear: even if we may not be afraid, we still produce excess stress hormones while rushing, and the effect is the same. We get less creative and less productive.

Many of my talks and discussions with mentees, clients and friends about stress, workload and the somewhat worn out term ‘work-life balance’, circles around the element of time. It echoes the words of Carl Honoré. We never have time enough – or we believe that we would not get stressed if we just had more time to do the many tasks that lies at our desks.

I don’t think time is the issue. We have plenty. Trust me. The issue is our mindset – and the issue is fear.

We need a shift from more to better:

And we need to not be afraid of not achieving, and afraid of what others might think.Then we can start really making a difference.

What would you do, if you weren’t afraid?

All pictures by me (taken with my somewhat blurry iPhone).

Sign up
Inspired? Learn more about our approach and how we work!

Tool: How to create your organizations WHY Scroll to top