What is your organizations Kevin Bacon Number?

– or the famous Kevin Bacon Number

Kevin Bacon, renowned for a long list of movies (credited for 80 movies according to IMDb), not least Footloose (1984).

Also, he has given name to the Kevin Bacon Number, which – according to Wikipedia – started as a party trick among three students at Albright College in 1994. The number describes affiliation between a given Hollywood actor and Kevin Bacon, stating that six links/degrees is enough to relate any movie appearance to a movie with Kevin Bacon in it.

Later, it spread globally to state that every person on the planet is related to each other within Six Degrees Of Separation. This has further been detailed (2011) to state that the average separation for all users of Twitter is 4.67 degrees and Facebook (2016) is three-and-a-half (3.57 to be exact).

So, why is that relevant for your organization?

The concept is relevant in order to discuss the networking strengths and weaknesses of your organization regarding formal and informal communication, resilience, and cooperation.

Is a specific ‘Kevin Bacon Number’ relevant for an organization?

It’s a part of measuring the social capital, and can be done via an Organizational Network Analysis (an ONA).

An ONA is a mathematical way of mapping and illustrating networks in an organization. See two simple examples below.

There are generally two ways of doing that, either by gathering existing data from e.g. email/IM usage (get system data about who communicates with who), or by survey. The first is usually either illegal or unethical (feels like spying), and the latter has the risk of not providing the right answers (people might provide political or tactical answers); however I always use the survey approach, and trust them to provide useful, true answers. 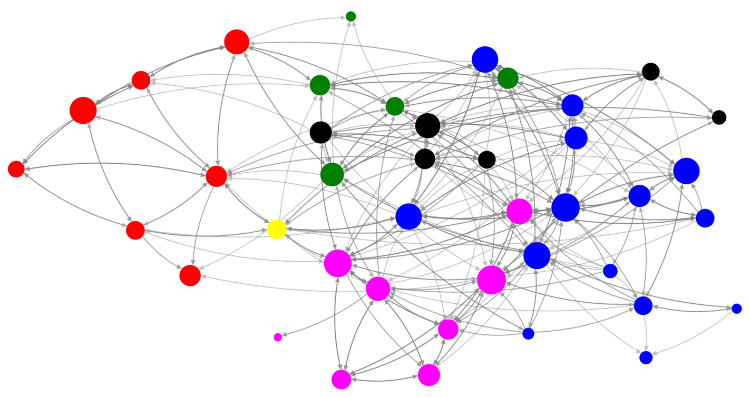 How to engage the organization

Go ask the employees who they work with, who they use for sparring, who they see as role models, who they get energy from, who they talk to about non-professional matters – or similar questions that reflect relations, information flow, and trust in the organization. And, gather relevant demographics, e.g. location and department.

Once you have the survey results, go plot the relations using a network analysis tool.

The Responsive Leader is a book on how to be a fantastic leader in a constantly changing world.

Now, spend a significant amount of time looking at the maps. Do it together with an employee, who has in-depth knowledge of the organization and the employees. 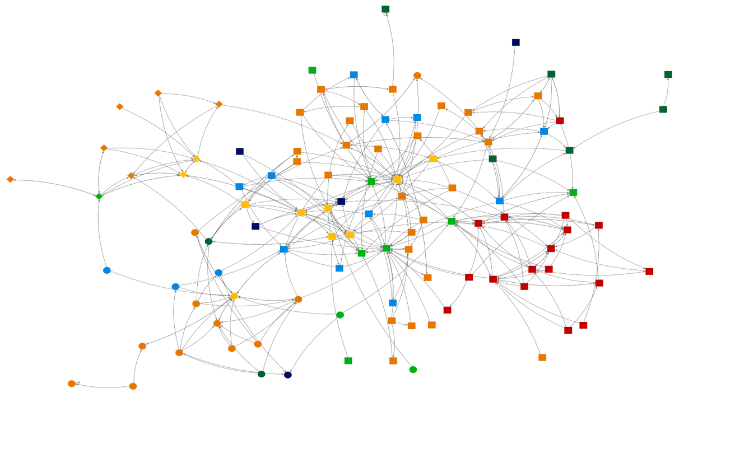 (Also, a lot of metrics can be automatically calculated, like in-degrees, centrality etc. However, use with care, as the interpretation and usefulness can be hard to transmit to the organization).

And, plan for a re-run in 6-12 months to measure the change.

Your organizations ‘Kevin Bacon Number’ is …

… not relevant. But knowing the informal structure, the elasticity and the resilience is. It’s part of a modern, including, network-based, community-oriented world. 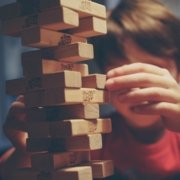 Why relations beat skills in teamwork Scroll to top